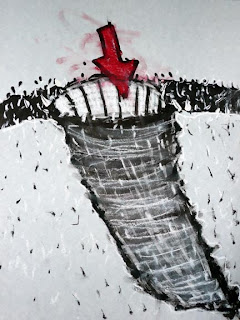 Miss Mole (me) has slipped down her tunnel and fallen into a slump. I’m struggling with a depression and a disoriented head. Blame it on the let down from the end of Phase One of the journey...Blame it on traveling four time zones one way, and then reversing back. Blame it on Etta James who hates to be left alone, or the surprisingly hot weather here in Vermont.

OK. Now that that’s off my chest, you should know I’m burying myself in book reading and hiding away–kind of.
Folks in Atlanta and along the road lent or gave me books for the journey. What a collection! Here are my bedtime companions, with Etta and I hunkered down underground. 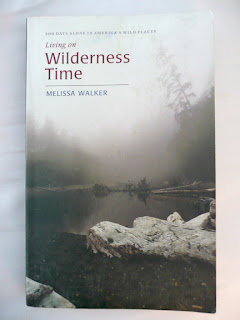 Book 1-Living on Wilderness Time (Melissa Walker). Lent by Susie Winton in Atlanta. I thank the author for the term “Hurry Sickness”, and the evocative title and mystical cover photo, but the book did not grab me by the throat and shake me. Sometimes in my tent I was going through what Ms Walker had experienced. That was nice. 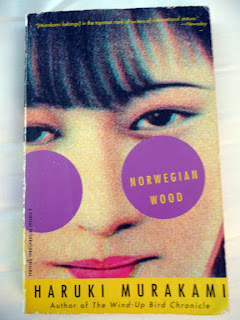 Book 2. Norwegian Wood (Haruki Murakami). Lent by Ruth Schowalter in Decatur from her Japan tsunami party last spring. Not the author’s best. It felt like the training bra for The Wind Up Bird Chronicle, which is on my list of all time favorites. The familiar elements were there of the well (briefly mentioned), suburban Tokyo life, vivid descriptions of apparel, lots of smoking, drinking, subway rides, youthful debauchery and relationships that never gel, and a dreamy lack of a purpose. 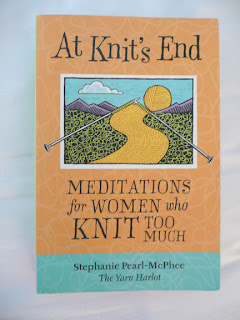 Book 3. At Knit’s End–Meditations for Women Who Knit too Much (Stephanie Pearl-McPhee). Lent by Charlotte Wegrzynowski on Day 1 of the journey in Tuscaloosa Alabama. She’s a knitter and I’m a beginner. I read a few of these cute little knitter jokes a day. I’m not finished. I understand the mind that delights in artistic predicaments and creative conundrums. 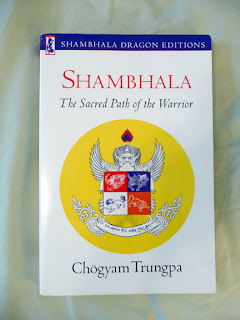 Book 4. Shambhala–The Sacred Path of the Warrior (Chogyam Trungpa). Given by Vince Whitlock in Chicago. What a gem of Buddhist wisdom! The author jumps into heavy stuff about the “cosmic mirror”, ones place in the hierarchy of reality, the vastness of space before thinking began, and the idea of egolessness (no self). My mind kept drifting. I probably read most chapters twice. Logic doesn’t work here...only surrender to the idea that an awakened life in service to others can happen without striving. 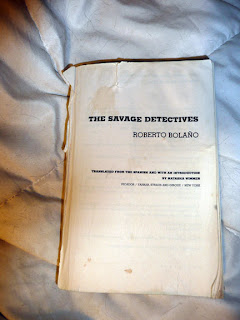 Book 5. The Savage Detectives (Roberto Bolano). Given by Joel Adams in Portland OR. Great stuff. I’m half way through this high-speed fictional documentary written in interview style about two youthful poets, founders of the Visceral Realists, an attempt to establish a Mexican poetic revolution in the late 70’s. A raft of characters reminisce about their desperate, rejoicing, creative encounters with the two dissolute kids who live on the edge with little money, lots of sex, drinking, and wild discussions about writing a new world. 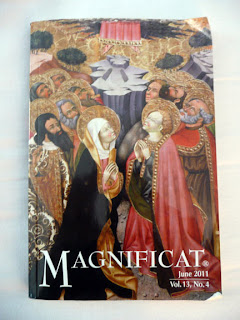 Book 6. Magnificat (June 2011)-a monthly pamphlet of Catholic daily prayers and meditations. Given by Aileen Barreca of Decatur Georgia. I could not fit this regimen into my traveling schedule. Now I’m reading the daily contemplations, concentrating on simplicity and humility. 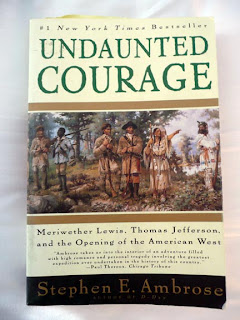 Book 7. Undaunted Courage–Merriweather Lewis, Thomas Jefferson and the Opening of the American West (Stephen Ambrose). Given by Carolyn Terkla in Monroe Wisconsin. Can’t wait to start this historical novel. I unwittingly traveled some of the Lewis and Clark Trail (1834-ish) in reverse, driving from Washington through Idaho and across the Missouri River at Chamberlain South Dakota. Want to learn more about their journey. 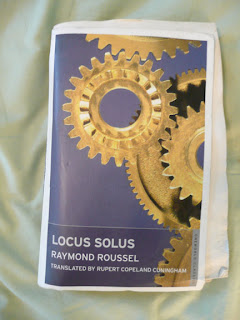 Book 8. Locus Solus (Raymond Roussel). Salvaged from the trash in Olympia Washington. Joel tossed out the soggy paperback after it fell into Puget Sound. It took three weeks to dry out in the back of the Scion. I turned signatures of moist, gritty pages each day, splaying them out across a suitcase in the back to dry. 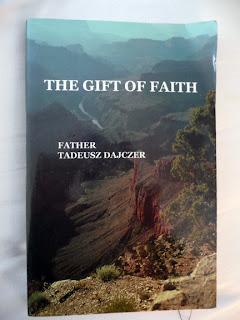 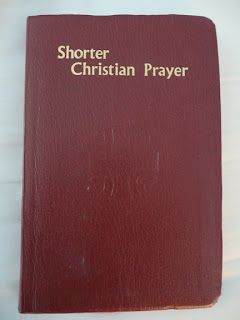 Book 10. Shorter Christian Prayer–A Four Week Psalter of the Liturgy of the Hours. Lent by Aileen Barreca. I probably won’t delve into this compilation of Bible readings, designed to be read throughout the day. 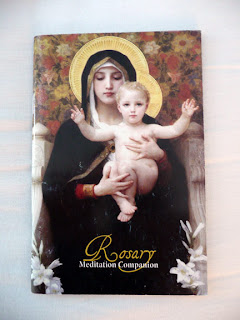 Book 11. Rosary Meditation Companion. Given by Aileen Barreca of Decatur Georgia. This will remain a good reference for contemplations while reciting the rosary...something I've reinstated in my life.
Posted by Cecelia Kane at 8:54 AM