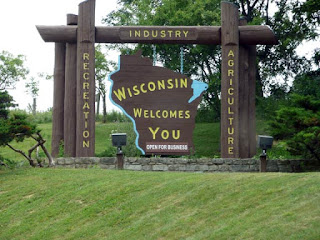 Etta and I have arrived in the picturesque town of Monroe Wisconsin (pop. 11,000), in the “Driftless Area” of hills and farmland in the southwestern part of the state. 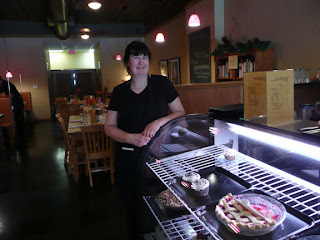 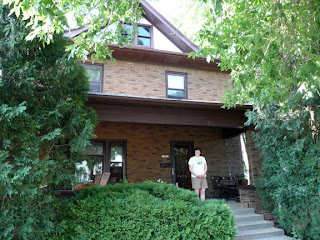 This is my cousin Carolyn Terkla who works at Café Claudeen downtown on the square.
I’m staying one night in her early 20th century brick home with she and her children Madeline and Jacob. 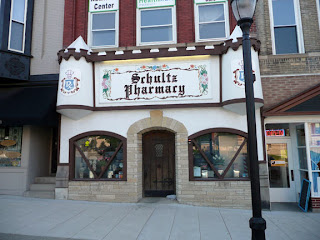 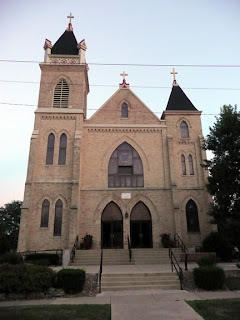 I’m impressed by the community spirit of this town, and its dedication to funding the arts. Originally founded by Swiss immigrants, the downtown area maintains its heritage in Alpine designs on local stores and architecture. Large, sturdy brick churches like St Victor’s Catholic Church, and the imposing central Old Courthouse dominate the landscape and provide meeting places for social interaction. 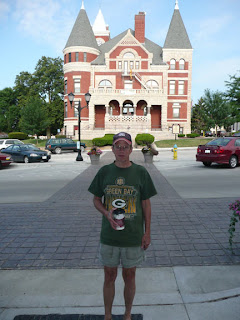 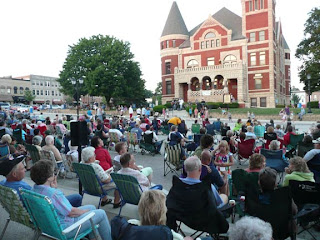 This is Bob, a happily retired regular at Claudeens in front of the courthouse. Last night the Jamie Campbell Band played country western music to a crowd of all ages in the square. 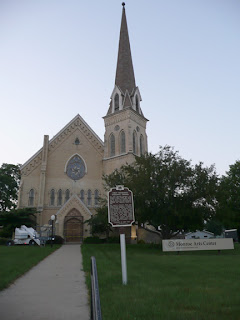 Carolyn and I walked easily from her house to the concert. She showed me the new Monroe Arts Center, a former Methodist-Episcopal Church, 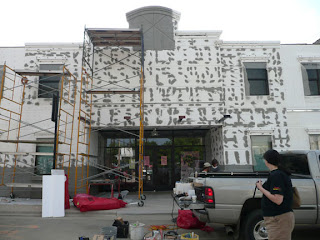 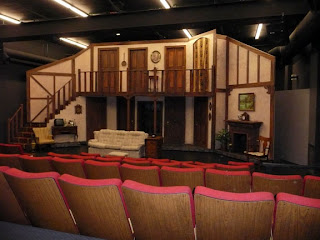 and the Monroe Theatre Guild, an empty department store building being renovated for its new incarnation. This is the black box stage, currently showing the play “Noises Off”. Carolyn’s a member of both groups, and an active participant in the Theater Guild. 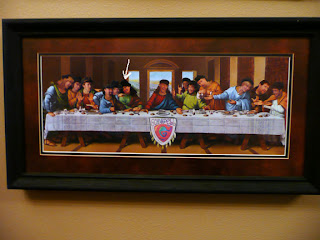 As the stage manager for the earlier prouction "Godspell," she’s pictured having a good time with the cast in Leonardo da Vinci’s altered Last Supper.(See white arrow.) 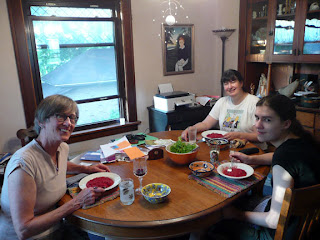 Last night we enjoyed a home-made dinner of beet risotto with leeks, salad greens and aged, sweet and sour balsamic salad dressing. In the picture, I’m seated with Carolyn and artist-actress daughter Madeline. Thanks Carolyn for your hospitality, and the chance to reconnect.
Posted by Cecelia Kane at 11:29 AM