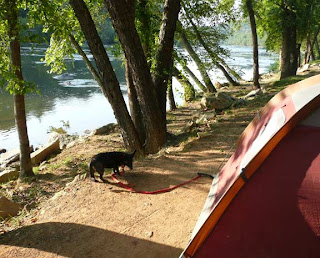 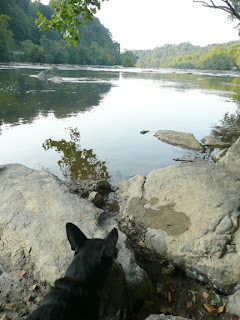 Dearest Readers,
Etta and I are at our last campsite on this Grand Roadtrip Across America. I’ve pitched the tent tonight along the banks of the French Broad River in Asheville, North Carolina. Water level is low–dry and dusty on shore. 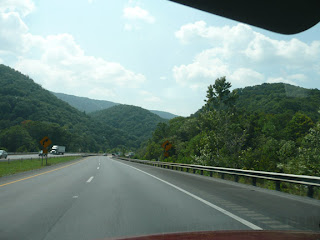 The little red Scion tobogganed her way down i-64 West and 77 South, slaloming us around the green domed mountains, and pleated valleys of West Virginia. Cousin Julie calls the landscape there a series of bulbous megaliths as far as the eye can see.

The highway went up and down. We banked at the curves, accelerated and descended in sharp, drawn out, twisty drops. The road was a story of gravity won and lost and won again. I did not push my trusty red toaster-car. As the going got tough, I let her fall back to her natural mph for the incline. Her heart is strong and I’m in no rush. 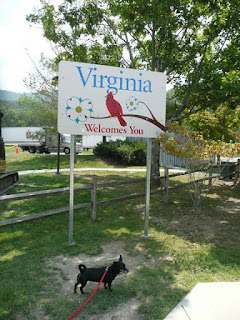 Virginia greeted us again as we crossed her southwestern finger that slides between WVA and the corner of Tennessee, and tickles Kentucky on its eastern side. 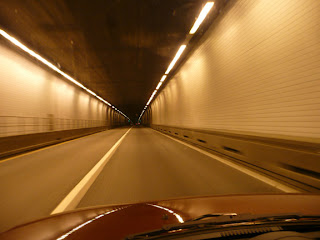 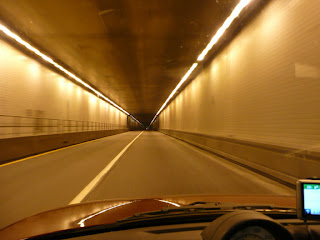 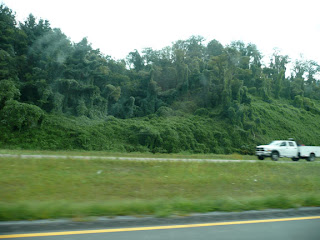 Cascades of Virginia kudzu draped down from the bones of roadside trees cannibalized by this voracious non-native southern weed. 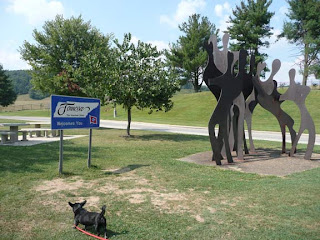 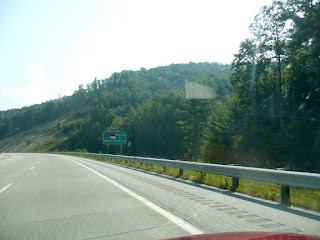 Tennessee welcomed us, and so did North Carolina further down the road. Etta and I were treated again and again to sweeping vistas, and layers of blue misty mountains, like promised lands beyond the horizon. 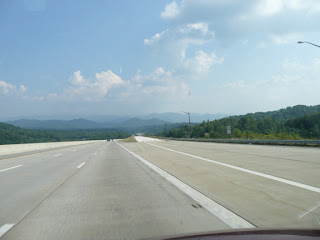 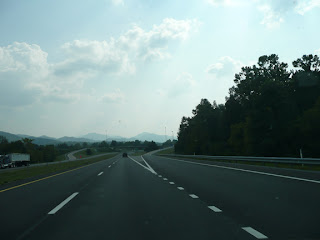 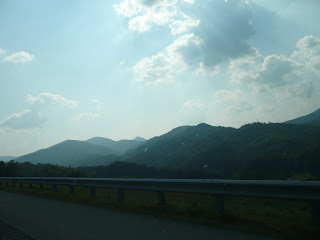