There are two worlds, people…my careful life of opinions and surety, and the explosive, risk-taking-joking-sometimes-scary-living-for-the moment-time-addled-planet of five and six year old boys. Last week I was immersed in this foreign land, feeling like a plastic shopping bag spinning and swirling in the big Pacific gyre of oceanic little boys. I visited my daughter Semra, and grandson Roman, who live in a Brooklyn brownstone. He just finished kindergarten on Wednesday.

I’m Grandma, stepping into the imaginary life of this free spirit for a week, laughing on the street at him transform a balled up newspaper into "The Hunchback", 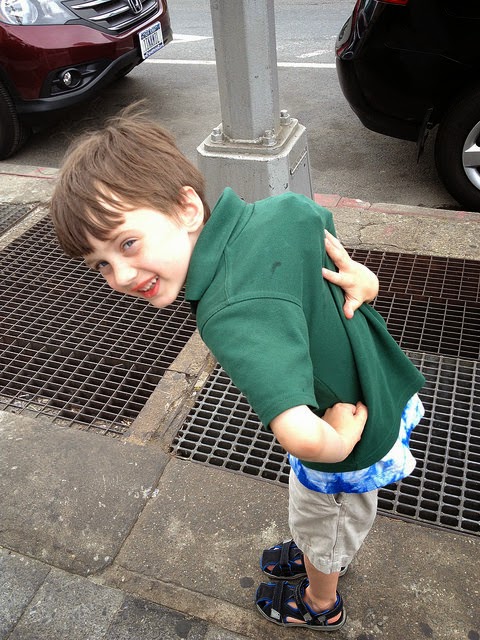 I sit on a bench in “Camel Park” near Fort Greene with Moms, Dads and Nannies, watching these kids let life rip…running, laughing, playing practical jokes, risking a jump from the monkey bars, gunning down and being out-gunned by super soakers filled repeatedly at the water fountain, getting thoroughly drenched under the large spray, falling, crying, insisting on fair play when someone gets too rough, saying sorry after tears, and then running as a pack with the incident shoved into the forgotten past. 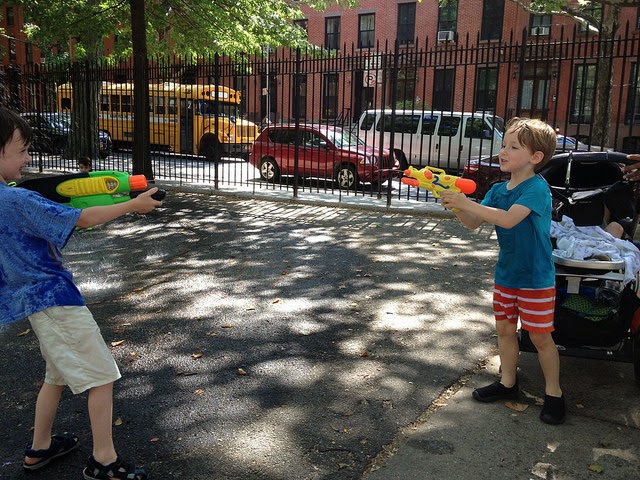 I walked and ran, bought icees from the ubiquitous push-cart vendor, refereed as best I could, provided a “safe place” next to me on the bench if necessary, but mostly I experienced frenzied, free-for-all-joyful afternoons in the park, and imagination mornings at home with the line-up of Extreme Super Hero Action Figures, both good guys and bad.
I discovered that I’m still quick-brained enough to invent instant scenarios and dialogs between my bad guys like “The Joker”, Darth Vader and Electricon (name?), and Roman’s array of armored musclemen like Ironman and Mach 6??  Good and Bad live separate lives in Roman's world. It's black or white. When Darth lost his mask and helmet for a moment during our play, I declared as Joker that I recognized him from elementary school days…Huh? Oh, well…I was trying to inject some silliness.

At bedtime, Roman’s imaginary world falls away, allowing the actual surroundings of the apartment to move forward.
The nightlight needs to be on, the bedroom door open, 2 books read, a song sung, a glass of water, and a bevy of stuffed animals gathered into his bed on the top bunk. It’s 9pm and Grandma Me is stretched out in the bottom bunk with a red stuffed Clifford dog, ready for bedtime as well. 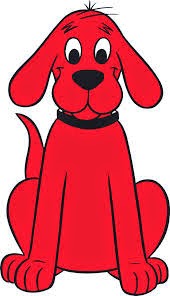